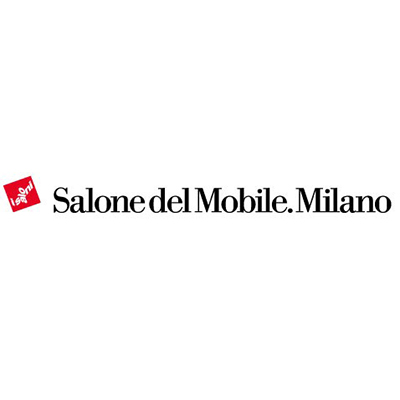 TURNOUT BEYOND EXPECTATIONS FOR THE RETURN OF THE SALONE DEL MOBILE.MILANO AS A LIVE EVENT: A SUCCESS ACHIEVED THANKS TO QUALITY, COMMITMENT, COHESION AND A GREAT DESIRE TO COME TOGETHER AND GET GOING AGAIN.

Attendance of over 262.000 at the 60 th edition of the Salone del Mobile.Milano, smashing all expectations in terms of turnout, revitalizing the city and a whole system internationally, so confirming the event’s catalytic power.

The Salone del Mobile.Milano, back in its traditional guise and with a message of welcome from the President of the Republic Sergio Mattarella, has come to an end with a very positive result confirming the event’s great drawing power and immense worldwide outreach.

The exhibitors numbered 2,175 brands, with 27% of them coming from abroad, of which 600 young designers. In terms of visitor turnout, 262.608 was the recorded attendance in six days, from 173 Countries. 61% of operators in the sector and buyers were from abroad. The Chinese and Russians visitors were almost completely absent after accounting for more than 42,000 presences in 2019. Over 3,500 accredited journalists from around the world attended.

“We close this 60 th edition of the Salone del Mobile.Milano with great satisfaction and profound emotion for having achieved, and exceeded, the goals we had set ourselves. The attendance of visitors is an outstanding result, which we have worked so hard to attain. This edition was truly of the highest quality, international and in the service of the design community. The ICE’s collaboration was precious in its support in opening up new markets, with digital offerings that, this week as in previous months, have enabled us both to get in touch with countries that knew little about us and rarely sent us visitors, while not abandoning those regrettably unable to be here in person. I wish to thank everyone for their commitment: the companies that came back into the game, the organizers, the fitters and the designers who, all together, believed in the event,” comments Maria Porro, President of the Salone del Mobile.Milano. “This result confirms the state of health, the value content and the quality of the Salone del Mobile, and it shows how teamwork across a whole sector and its creative and productive fabric can produce excellence, achieving positive results even in the most complex moments internationally,” she adds. “We have invested in quality and we have shown our desire to always go one better, continuing to produce innovation and telling the stories of our companies and our products. We are a driving force that has revitalized the city, with which we always have a very close relationship. We hope that this edition has given a new impetus to the sector and to Milan, but above all that everyone has perceived our enthusiasm, our urge to offer a global experience, in which what matters are ideas and cultural exchanges,” concludes the President.

This edition has once again shown, three years after the previous one, that quality furniture has its most important global showcase in the Salone, and how far the event is able to attract talents, recount creativity and projects, and serve as an exceptional place for getting together, sharing and exchanging ideas that produce work and business.

This year, the concern for the sustainable component on the level of both the organization and management of the event, and in research and the proposal of value and concrete and feasible solutions – presented by “Design with Nature”, SaloneSatellite and many exhibitors – have made the Salone an international stage for business ideas and technological solutions capable of protecting the environment, improving housing and ensuring the most efficient use of resources, in line with the United Nations’ Sustainable Development Goals.

“We’ve seen at first hand the great enthusiasm of clients and stakeholders at getting together once more, three years and two months since the close of the last Salone del Mobile. There is a great desire to be present in person again, but also to again do business in the showcase of excellence of our know-how, at which the qualified public was the real protagonist, as shown by the entrepreneurs themselves, truly satisfied with a week that has been well above expectations. There have been many orders, opening up new markets and consolidating traditional ones. The Salone has confirmed that it is a winning formula that cannot be ignored,” comments the president of FederlegnoArredo Claudio Feltrin, speaking on behalf of a production chain that brings together 70,000 companies, with 294,000 employees, and generates a turnover of almost 50 billion euros. “The smart home, the renewal of materials, the entwining of tradition and innovation aiming at sustainability increasingly seen as a competitive lever, are a practical demonstration of how much companies have continued to invest in these years, albeit so difficult, without ever ceasing to look to the future with optimism. The market trend,” stresses Feltrin, “is still extremely dynamic and healthy, as shown by the findings of FederlegnoArredo, despite the unknowns due to the international scenario, which compels us to be cautious, especially in looking ahead to next autumn. The issue of energy costs, the difficulty in sourcing raw materials, which is becoming the Achilles heel of the recovery, and the erosion of purchasing power that could slow down the demand of a still effervescent market, are causes for concern. The wood-furniture sector is responding to a process of change in society, which the pandemic has accelerated, leading people to rediscover the value of the home, in the awareness that we can live in more comfortable, modern and healthy ways, with durable, quality products that make our lives better. This is not a passing trend but a structural transformation. And the results are rewarding the efforts of our companies, which represent made in Italy, that aspires to become a leader of the green economy worldwide, while also redesigning the future of living.”

To inform and involve, the plan to engage with the Salone del Mobile’s international community covered all the touch points of the platform: website, newsletter, app, push and social networks (Instagram, Facebook, LinkedIn, Twitter, Pinterest, YouTube). The results achieved by the digital platform during the days of the event, supported by an activation plan begun in the weeks leading up to the Salone and supported by a daily planning of scheduled content, have proved highly positive. On the front of the social media, 13.5 million accounts were reached, with more than 50,000 contents generated by the community using the official hashtags (#salonedelmobile2022 and #salonedelmobile60th), 600,000 video views, 120,000 interactions with content and 25 million impressions. In the last week alone, the site has recorded 4.8 million page views with an average of 100,000 daily users (69.2% from Italy, 30.8% from abroad), and a 42% increase in new users registered on the platform. The Salone del Mobile.Milano app, which has doubled the number of downloads compared to the September launch, had an average of 40,000 scans made with the matchmaking service, used for directly connecting companies and professionals visiting Rho. Finally, the cycle of podcasts Design Voices – Salone del Mobile, broadcast live daily during the days of the event, ranked third in the Art category on Amazon Music, while a second season of in-depth analysis is scheduled for the coming weeks.

Recognition of the importance of the Salone del Mobile.Milano as the economic driving force of the country has also come from the presence of many government and institutional authorities. The concrete support provided by Agenzia ICE and Simest and confirms the event’s international value, while the support of the Lombardy Region certifies its centrality to our chain of production. Also important is the close collaboration with Fiera Milano, which assisted in the development of the event.

Design with Nature enjoyed great public success and has also received critical acclaim from the many designers, architects and journalists who visited it. They appreciated its clear and direct account of how, in the near future, we will have to be able to combine knowledge, skills and technologies in a new generation of materials and design. The public program won similar plaudits with illustrious voices (including architects, innovators and visionaries), with all the talks being sold out. This is a sign that the desire to come together and discuss the fundamental issues of design and its social and environmental value is more alive than ever. There were also long lines at the Identità Golose Food Court, the right place to enjoy a gourmet break with the great names of Italian cuisine. There was excellent attendance at Palazzo Reale, where the Salone staged La Scatola Magica, a deeply moving multisensory and narrative experience, presenting the quality, innovation and creativity, but above all the beauty of the Milanese event. Highlighting the international role of the Salone del Mobile.Milano and the city, with their vocation for inclusion and hospitality, was the Hospitality Project, the result of collaboration with the Municipality of Milan, Fondazione Fiera and the city’s leading design schools – Nuova Accademia, IED Istituto Europeo di Design and Scuola del Design/Politecnico di Milano. The hundred young people located at key points in the city gave advice to more than 5,400 visitors from around the world about mobility in the city, the fair, the events of the Salone in the city and the main events taking place in Milan. Thanks to the survey they conducted, we know that the visitors adopted green solutions to reach the fair, such as trains and the subway.

We look forward to seeing you at the next edition in Milan from 18th to 23rd April 2023.